Learn about our profile & history

Toyama Ryokan is located halfway up Daisen, along the path to Daisenji. Daisen has been worshipped as a subject of the faith since the ancient times. 3,000 monks were training on Daisen during the Kamakura era. The founder of the Toyama Ryokan was a monk, and it started as the only approved tofu shop on Daisen at the time. The tofu shop began in the Edo era, and the lodging facility started in the Meiji era to comfort the visitors to Daisenji. Enjoy seasonal mountain views from the guest rooms, with the soothing sounds of the running stream in the background. Delicious meals with fresh ingredients from Daisen are offered. In addition to Japanese cuisine, there are a variety of other dishes on offer: Daisen soba noodles, Mongolian grilled lamb, and charcoal grilled Daisendori chicken. A BBQ space and tennis courts (eight courts) are available to fully enjoy nature’s offerings. There is a hot spring facility nearby called Goenyuin, where drop-ins, even without appropriate bath gear, are welcomed. Carefully prepared sesame tofu, passed down from the Edo era, is an exquisite dish. Its smooth texture and sesame aroma are delicious. We urge you to try it! 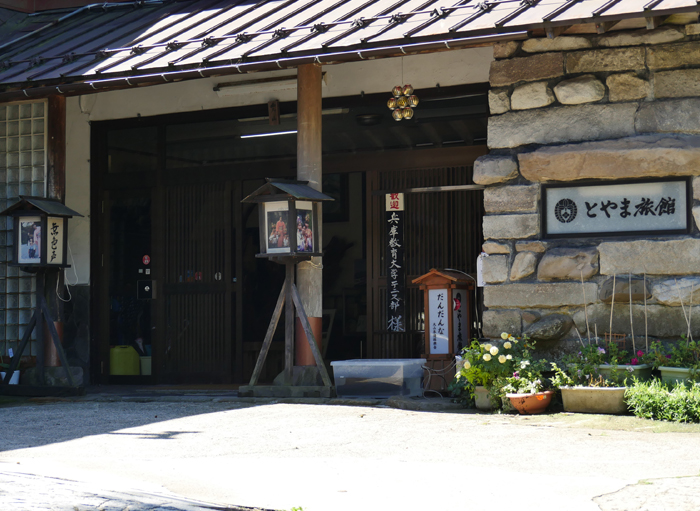 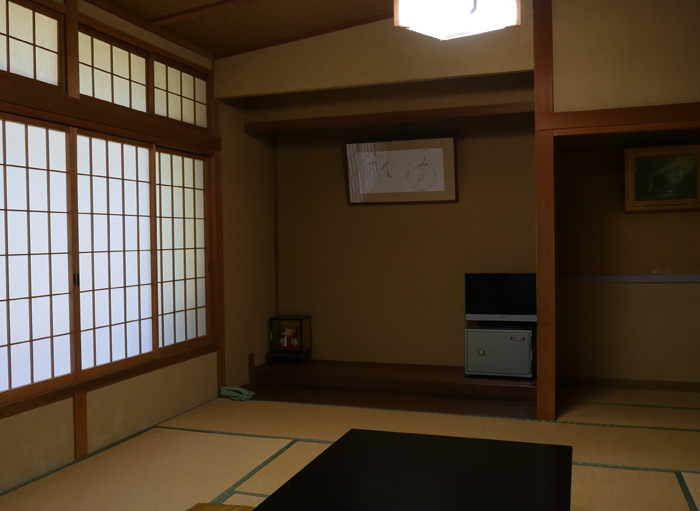 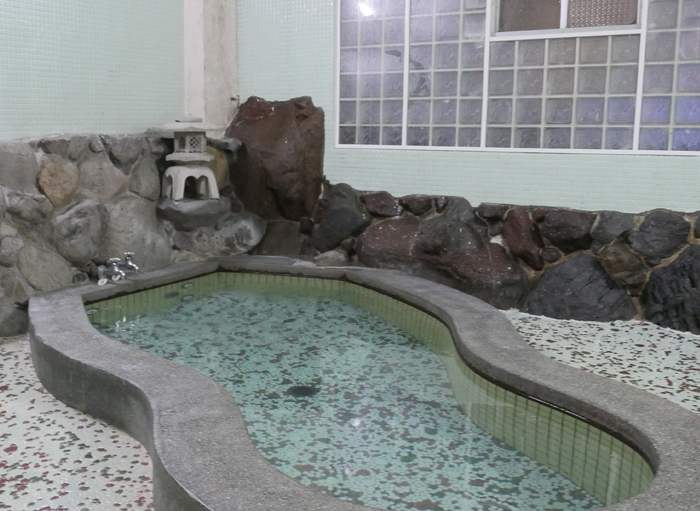 About this hot spring 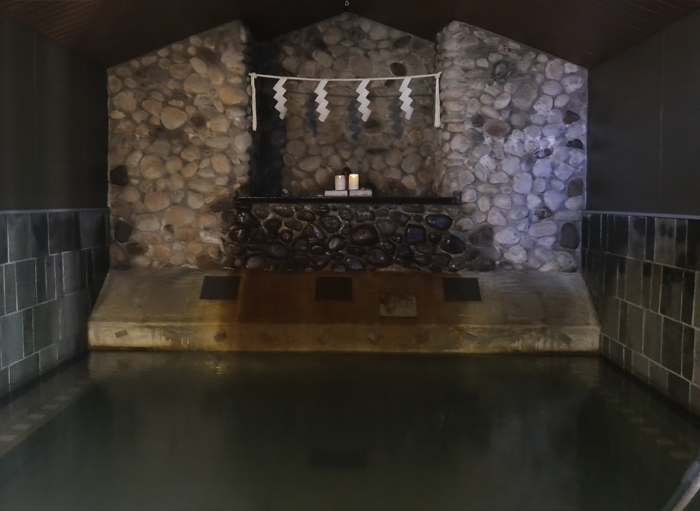 At Toyama Inn, there is a natural hot spring bath constructed with stones from Mt. Daisen. Directly next to this is the Hot Spring facility, Goen Yuin. It’s source is natural spring water drawn from 1200 metres below Mt. Daisen. On a clear day you can see the mountain peak from the bath and enjoy seasonal views year round. As dusk settles, taking a bath by candlelight is sure to leave a lasting impression. 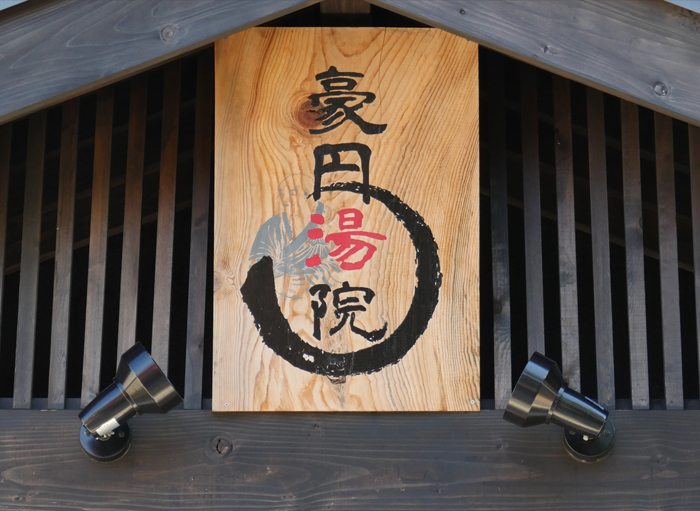 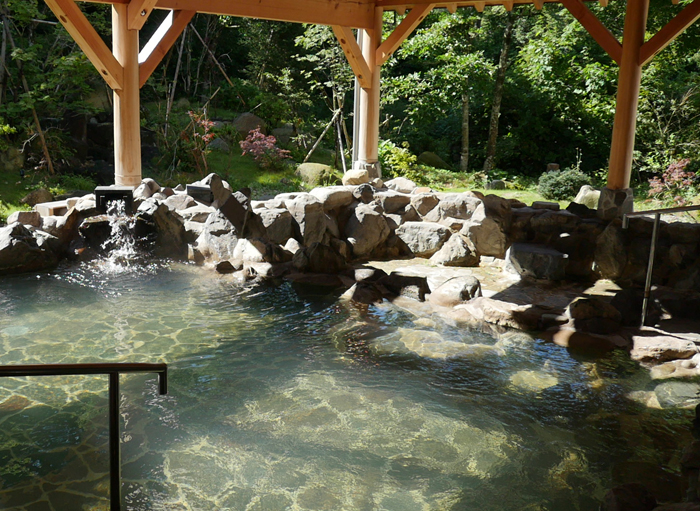 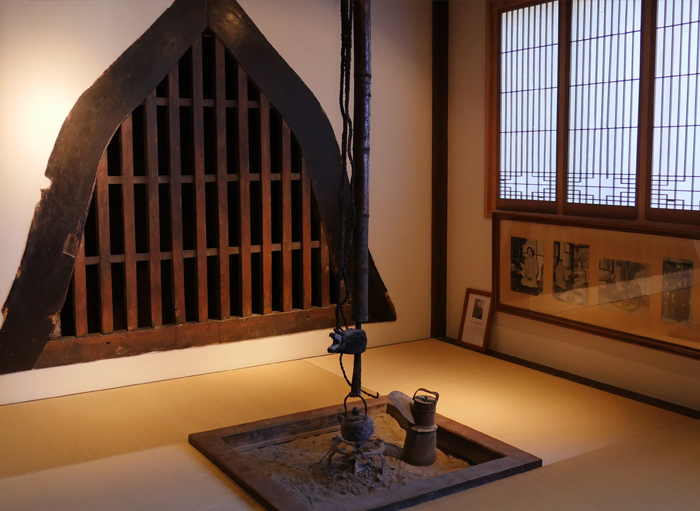 Ogamiyama Shrine is a Shinto shrine located on Daisen in Tottori Prefecture. It has been designated as the national important cultural asset. Historically, Daisen has been a host to many temples and shrines, as it was considered as a mountain given by god. Daisenji is located in the middle of the mountain, and it served as a training ground for Shugendo (Shugendo refers to those who come to Daisen for training). Higher up the mountain, is a long 700m path paved in stone. The main hall in Okunomiya features the largest gongenzukuri in Japan (gongenzukuri refers to a style of shrine construction, where the main hall and the worship hall are separated by a lowered hallway but connected by a shared roof). It originated from a simple structure to worship god, built at 998m above sea level. This simple structure was build during the Heian era. Since Okunomiya experiences heavy snowfall in the winter, another structure was built at the base of the mountain. This was referred to as the winter palace, and Okunomiya was referred to as the summer palace. The summer palace has been in existence since the Heian era. After the Meiji Restoration, this temple was separated as Daisenji. The summer palace was renamed as Okunomiya of the Ogamiyama Shrine and the principle image of Buddha was also transferred. Currently, Onamuchi god is displayed in the main hall. 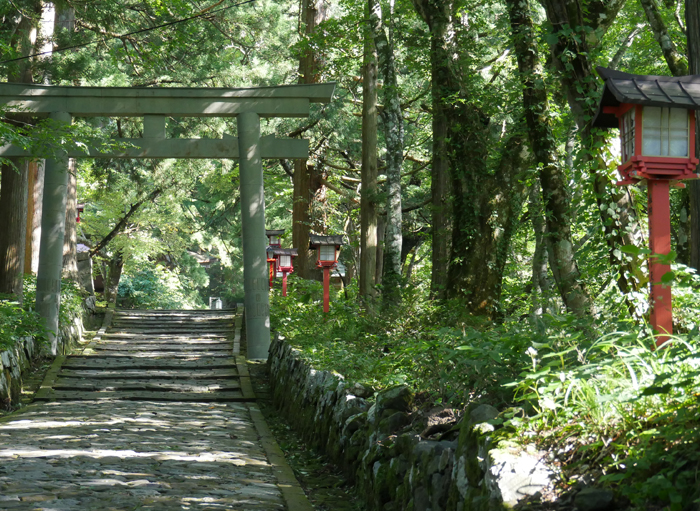 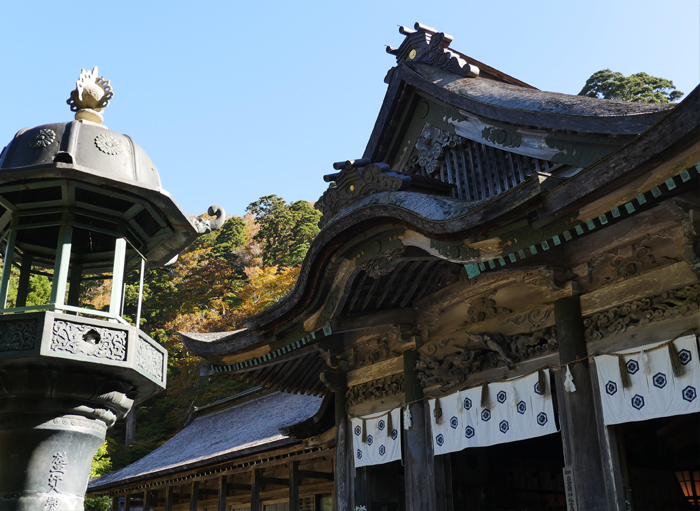 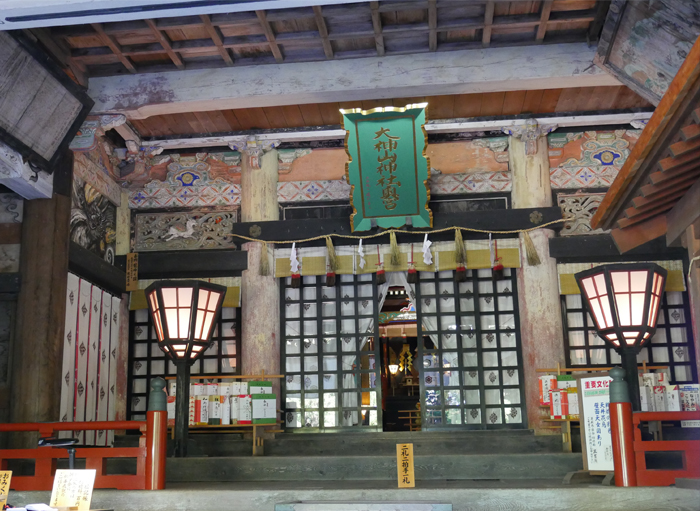 Daisen-ji is a Buddhist temple built on the slopes of Mt. Daisen and houses many national treasures and ancient documents. After the 9th century, this temple came under the control of the Tendai Buddhist sect as one of the most important of its centers in this region. The head monk, or zashu, of this temple had been sent from the Enryaku-ji in Kyoto, the headquarters of the Tendai sect. Daisen-ji was greatly affected by the anti-Buddhist movement (1868-c.1874) after the Meiji Restoration in 1868. Daisen-ji was closed in 1875. One of the main buildings became the Ogamiyama Shrine, and the Shinto related assets of Daisen-ji were removed and transferred to the shrine. Daisen-ji was allowed to reopen in 1903. In 1928 the Dainichi-do was destroyed by fire. Numerous cultural treasures were lost in the flames, notably the Daisen-ji engi e-maki - the illustrated scrolls of the history of the temple. The main building standing today was reconstructed in 1951. 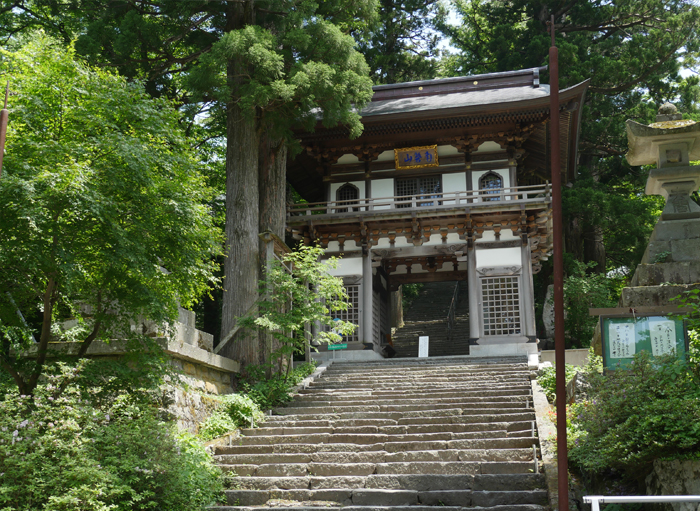 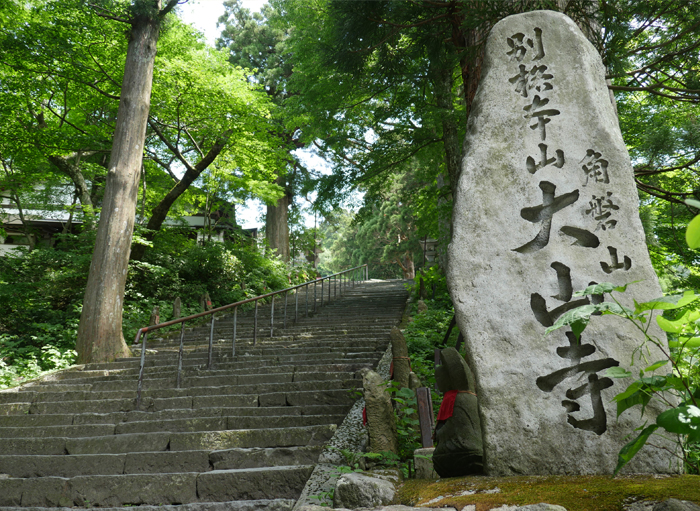 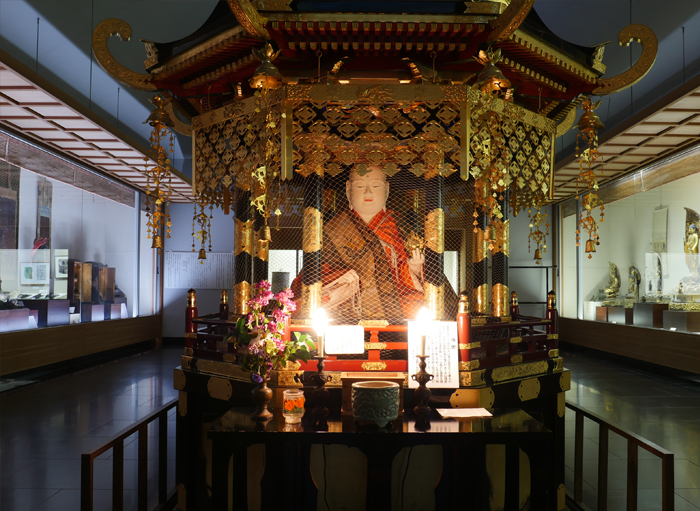 The Amida-do and other parts of the temple are designated National Treasures of Japan.
If you make a reservations, you can get a lesson in Zen meditation from the temple priest; fees are 500 yen per person. 20-minute “Mini ZaZen” sessions are available at the Amida Hall for 500 yen, also by reservation only. 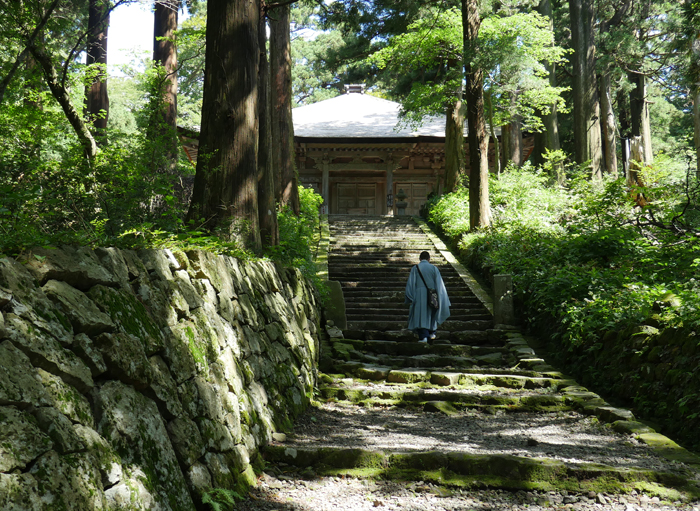 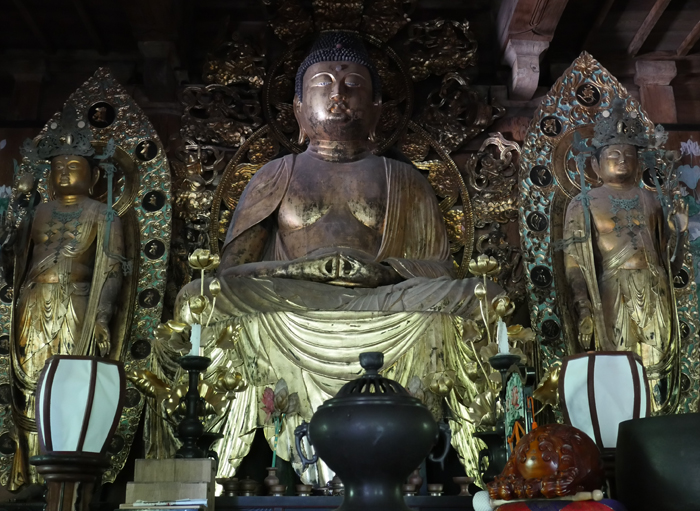 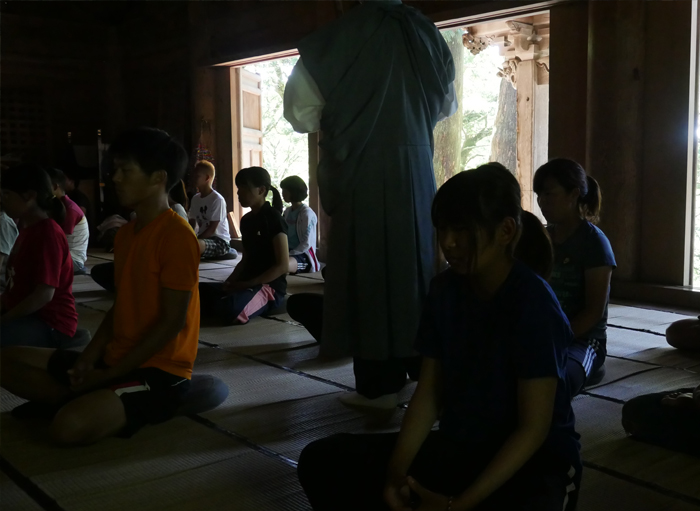